This article originally appeared in the March 2017 issue of Westchester Magazine under the title: This Eighth-Degree Black Belt Is 70 Years Old and Still Going Strong.

The septuagenarian martial artist is alive and kickin’ in Mount Kisco. 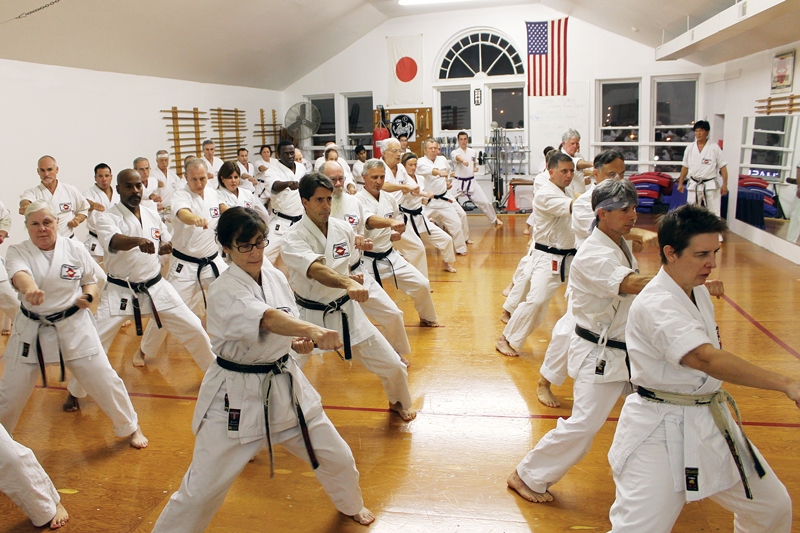 After 55 years of relentless training, eighth-degree black belt Masakazu Takahashi has cultivated a loyal following in his Mount Kisco dojo of students from all ages and backgrounds. Writer William Dwyer reports that the 70-year-old master hasn’t slowed down one bit.

Sensei Masakazu Takahashi of Armonk is an eighth-degree black belt and the head of the US Kenkojuku Karate Association. Impressed? You should be, especially considering that Takahashi is also 70 years old and hasn’t slowed down one bit. 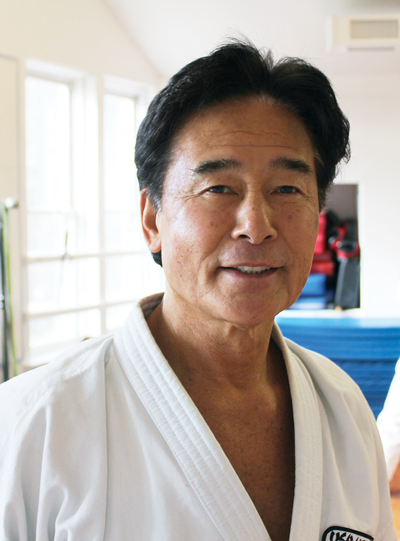 “Aside from a slight dip in endurance, I think my speed is still the same,” says Takahashi, who’s taught karate at Shotokan Karate in Mount Kisco for more than 35 years. Perhaps this longevity is less surprising when one realizes he’s been training six hours a day, six days a week, for more than 55 years.

Born in Tokyo, Takahashi moved to America in 1971. He taught alongside masters in Long Island and Queens before holding his first classes in a church in Katonah. When his enrollment outgrew the classroom, the dojo moved to Mount Kisco and was followed by a dojo in Amity Harbor.

Today, classes are filled with students of all ages and skill levels. Some students are third generation, training alongside their parents, grandparents, aunts, and uncles. “He’s always moving through the class, showing students the proper techniques,” says third-degree black belt Jim Rielly, a Rockland County resident. “He’ll show you how a kick should look and what you’re doing wrong with your feet.” Incredibly, one of Takahashi’s longest-tenured students is 90-year-old Edward Giobbi of Katonah, who recently received his sixth-degree black belt.

There is a sense of community between the students and teachers that permeates the dojo. This is something Sensei Takahashi encourages. “Everybody is here to learn and learn at their own pace and help each other learn. It’s not a place for negativity.”

With an iron grip and lighting hands, it becomes crystal clear quite quickly that if an untrained opponent even half Takahashi’s age were to take on the master in mortal combat, it would be like feeding guppies to a great white. And Takahashi shows no signs of kicking back anytime soon. He plans to continue leading his classes from the front of the dojo, practicing the same punches and exercises he’s performed for more than half a century.